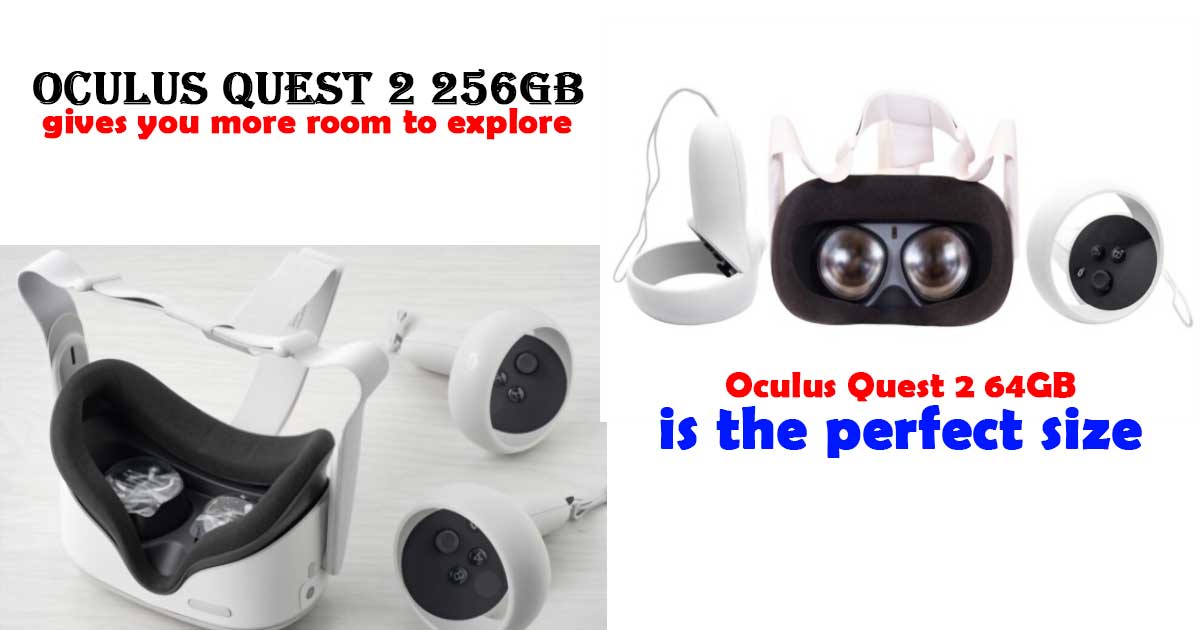 What is the difference between Oculus Quest 2 64 vs 256? Let’s talk about this today. The Oculus Quest 2 might be just what you need to get your mind off daily tasks. The Quest 2 allows you to virtually enter game worlds. While avoiding the Coronavirus outbreak, you can climb Mount Everest or ride a rollercoaster. A VR device from Oculus gives you instant access to literally everything that makes virtual reality so great.

It is easy to set up and offers high-quality virtual reality experiences at a low price. Additionally, 360-degree video material, applications, and games are available.

Even tech-averse family members may enjoy it once they’ve gotten used to it. Two hard drive sizes are available: a 64GB model for $299 and a 256GB model for $399. Oculus Quest 2 64 Vs 256? Which headset is the most suitable for you?
The file sizes of games, applications and movies are discussed in detail to assist you in your decision.

What Are Differences between Oculus Quest 2 64 vs 256

There are no distinctions between these two options. The only difference is the amount of storage space offered. The rest of the characteristics are the same. In almost every situation, each headset should work similarly. Keep in mind that the Quest 2 does not have any extra storage that may get expanded. That’s especially troublesome when you consider that many games don’t yet support cloud saves, leaving you with little choice but to delete the game.

Should you get the model with such a significant difference in hard drive size? Or should you spend your additional cash on other Oculus Quest 2 accessories? The answer to this question is frequently determined by how much data you want to store on your hard disk at any given moment. If you thought games size was the most crucial aspect in deciding which model to buy? You’re mistaken. There is a list of options for data to store in your quest 2, which will help you decide between Oculus Quest 2 64 Vs 256.

The games available on the Oculus Store are the finest. These games may get purchased right from your headset or through the Oculus software on your phone. They’ll show up in your game list, and you’ll receive notifications about their updates also. The most common form of data loaded on Oculus Quest by owners is official games.

Oculus Quest 2 utilizes substantial storage to store needed software, much like any other game console. It comes with various demo lessons pre-installed. These may, however, get deleted if desired, freeing up hundreds of gigabytes. The 64GB Quest 2 provides a little more than 56GB of storage, while the 256GB Quest 2 gives you a whopping 248GB.

Quest 2 has an Android-based processor and allows users to install and run apps on the headset in flat mode, which may open up a whole new world of apps, including web browsers, video players, games, and utilities. A popular way to do this is by using SideQuest VR, a third-party app store that contains games not found on the official store. SideQuest is a well-known company.

SideQuest often offers third-party games for free or very cheap. It makes it simple to download them to your headset and start playing them. It can mean that your hard drive might get used up faster than if only you play official games.

Is your Quest going to take you outside of the house? In places without internet connectivity, you want to watch many movies or other materials. You may wish to watch these videos in virtual reality if they are movies or home videos. In that case, you will need to place them in the Oculus itself. You can drag and drop these files onto it like a USB drive, eliminating the need for permanent media storage on the Quest. Media files can be up to 10 GB in size.

It may quickly deplete your hard drive. Got Stuck between Oculus Quest 2 64 vs 256?. Many VR headset buyers have no intention of putting material on their devices. If you don’t plan to, it may persuade you to select an option with a smaller hard drive.

How many games can the Oculus Quest 2’s 64 GB storage hold? The big chunk of games is only 1 GB in size or smaller. Some of the bigger games may need up to 12 GB of space. On the other hand, newer games tend to be larger due to the Quest 2’s improved graphics power:

The game Walking Dead: Saints & Sinners has a file size of almost 12GB.

The download size for Star Wars: Tales From the Galaxy’s Edge is 5.69GB.

The size of Walking Dead: Saints & Sinners is around 12GB.

Myst is almost 9GB in size.

For custom game items, some games may require you to download extra files after installation. However, there are possibilities with some bigger games to come shortly in this world of AR.

In case, If you run out of space, you may remove games to free up some space on your hard drive. You may also backup your saved game data to your computer via Side Quest, so you can continue playing from your save point if you reinstall the game in the future.

You can use your Oculus Quest headset to play desktop games without installing them through Oculus Link. So, if you want to play SteamVR or other desktop games, all you need is some free space on your computer without worrying about the storage space of your Oculus. Install the official Oculus software; With Oculus Link, you’ll be able to play PC VR games on your headset

The Oculus Quest 2 is a low-cost VR headset that most people can afford. It gets better and better with every update.

64 GB is more than plenty for gaming alone. For almost of individuals, especially because you can quickly delete some older games to free up space. Reinstalling games is similar to dragging and dropping files onto a USB stick if you have high-speed internet, but it will be more time-consuming if your connection is slow. If you have a monthly data cap on your internet, 256GB is the best choice.

The 256 GB version get designed for Hardcore Quest 2 users, people who need to keep many media files on the headset for whatever reasons.

Regardless of whatever Oculus Quest 2 you choose, you’ll probably be getting the best headset currently on the market, so you shouldn’t wait. Just go for one. So, we hope now you know the difference between Oculus Quest 2 64 vs 256; if you want further clarification, please mention your concern in the comment section. Spread the love Suppose you are a regular user of VRChat, no wonder you have asked yourself how to change voice in VRChat. There could be many valid reasons for you to consider changing the voice of avatars. One of the most prominent reasons is that it is inappropriate to use typical voices for contemporary… 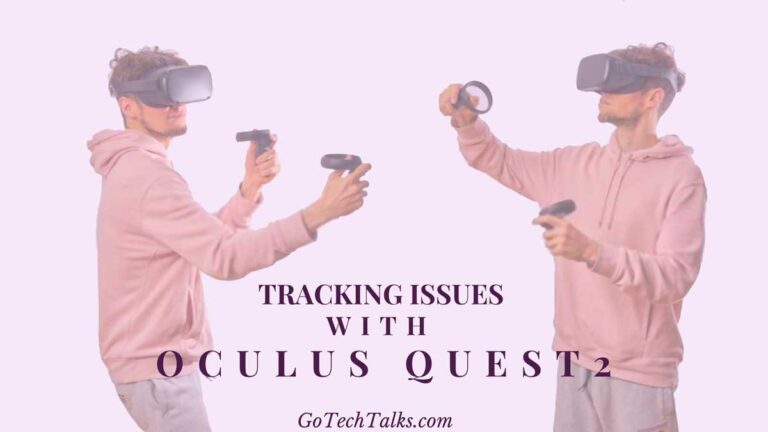 Spread the loveMain tracking issues with Oculus Quest 2 The Oculus Quest 2 VR headset comes with a pair of controllers. These are the only controllers supported by a wide range of games. Unfortunately, the headset may sometimes lose track of where the controllers are. IN this article, we have compiled Five types of troubleshooting… 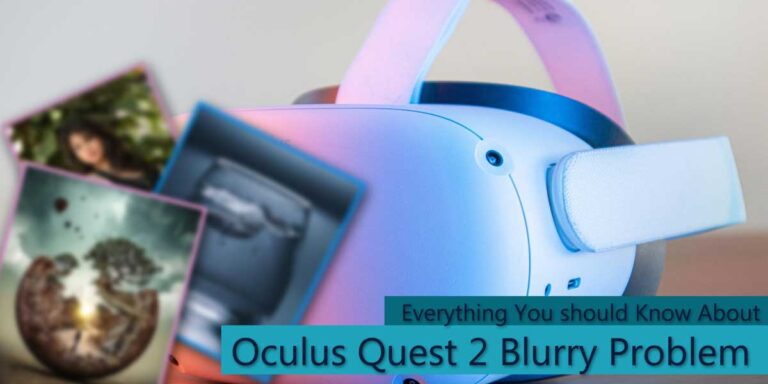