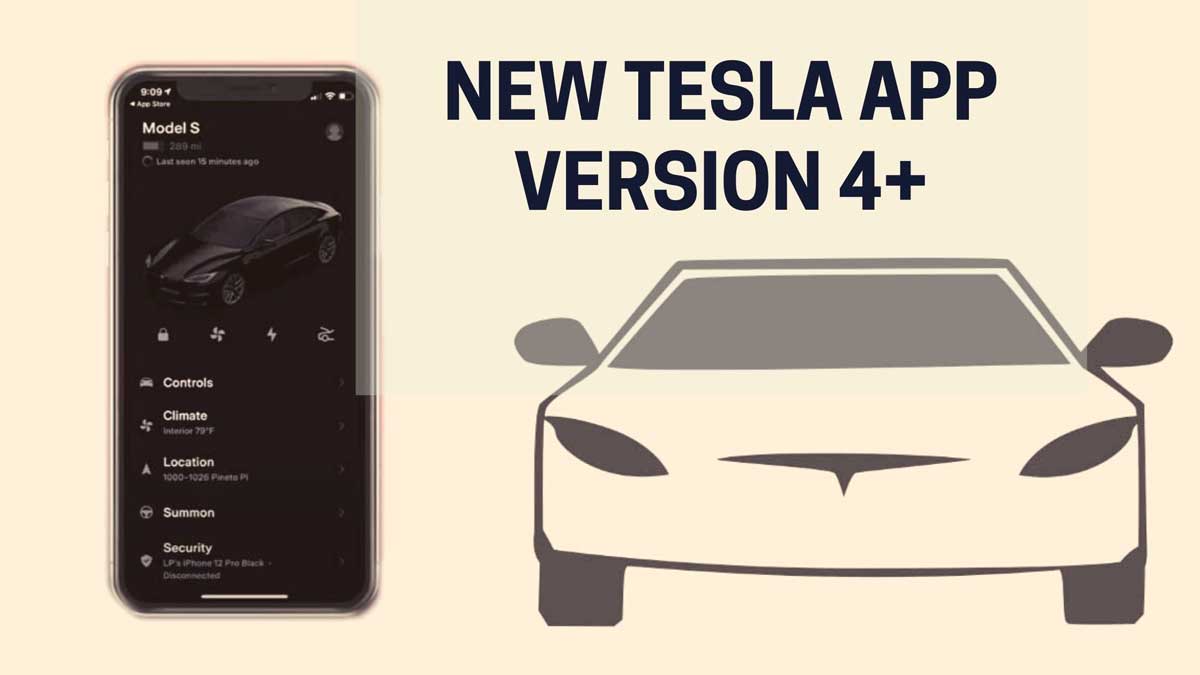 The Tesla electric car’s companion application has a slew of innovative, helpful, and fun features. The use of an electric vehicle’s app is one of the most unique and most pleasurable elements of having one. It provides Tesla drivers with a wealth of information and the ability to execute various trivial actions. On August 26th, Tesla published an updated New Tesla App Version 4.0. This Tesla App version is now available for download from the mobile apps Store. However, it will be most beneficial if you have a Tesla. There are several enhancements in this version, including a new car page and an energy homepage.

We’ll go over everything you need to know about the Tesla smartphone app.

The Tesla app is its official smartphone app, allowing users to link their phones directly to their cars and operate various features remotely. It is accessible for both Apple and Android devices and is free to download. Tesla has been updating its vehicles with an increasing number of remote capabilities controlled via different Tesla App Versions since the Model S debuted in showrooms in 2012. Among other things, you can use your smartphone to unlock and start a Tesla.

The app is compatible with all of Tesla’s current vehicles. Model 3, Model S, Model X, and Model Y are all included. There are various Tesla App Versions for each new car, each with its own set of features.

The app may give data on power flow, energy generation, and energy usage. It also gives you essential information like your vehicle’s current location and charge condition. It can alert you if someone tries to break into your car.

In recent years, the manufacturer has integrated the service experience into the app as well. The app exemplifies the amount of connection available in Tesla automobiles. New Tesla App Version 4.0 may be the most significant upgrade yet.

It features a complete UI update that gives the app a new appearance and a more simplified experience for customers who own several Tesla products. Common commands have got simplified. Users no longer have to pick a car to activate phone key functionality. As soon as you start the app, it may transmit orders immediately to your automobile. You may now “Go Off-Grid,” which instantly disconnects the Tesla Powerwall battery from the power grid.

Let’s go through some of the features of the Tesla app, both new and old versions.

Users can now see Supercharging history from within the app. The speed restriction, valet mode, and sentry mode options have got relocated to a new “Security” area. Tesla has also eliminated the dedicated Charging area of the app, replacing it with charging information that is only available when the vehicle gets plugged in.

As users browse the app, a new 3D depiction of a car has added more fluid animations.

The Tesla app allows users to communicate directly with their automobiles and energy products at any time and from any location. This software has a few new features, such as sending commands to a Tesla vehicle from an iPhone without first waking it up.

Track Your Tesla With The App

You may use the app to track your car’s GPS location if you forget where it is parked. You can track the real-time position of your automobile if it’s stolen if the car’s remote services feature hasn’t been disabled.

Drive a Tesla With Your Phone

Tesla enabled Smart Summon in its cars in 2019’s version 10 software update, despite the app does not have driving skills. It takes advantage of Tesla’s Autopilot system. You may summon your automobile from wherever it is parked, and it will drive itself to your position within a 200-foot radius (60 meters).

You can use the Tesla App to unlock your car and adjust temperature control from afar once you’ve set it up on your smartphone. You can also check the charging status of your battery, and it notifies you when it is complete.

The app may also get used to activating the car’s built-in security system, known as “Sentry Mode,” Once engaged. It uses various cameras and sensors scattered throughout the bodywork to watch the surrounding environment. Any suspicious behaviour generates an alarm in the app. The software can also activate Tesla’s ‘Valet Mode,’ limiting the car’s available features; remotely lock the glove box, boot, and front ‘frunk’ storage.

Apple and other mobile players are aiding with the transfer of automobile keys into the next decade. Identifying the market leader is essential. Because Tesla’s app now has such a diverse set of features. It’s critical to determine which carmaker provides the most significant experience.