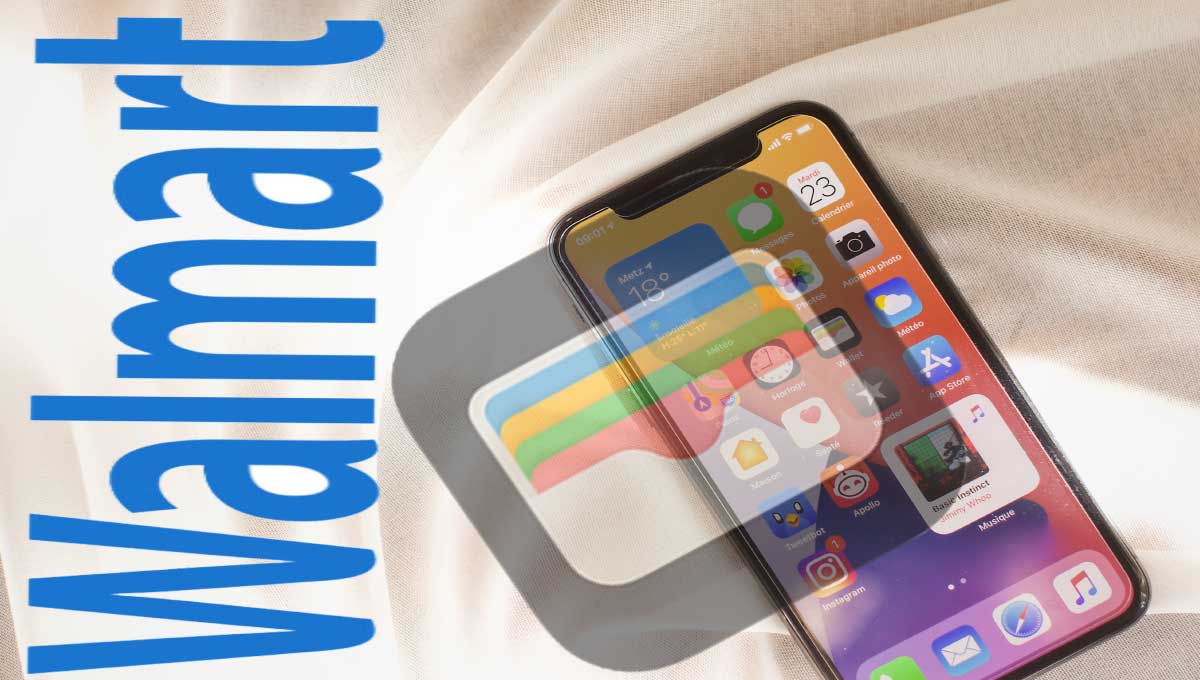 We think there is no need to preach about the love people have for Apple products, particularly Americans. So, there is nothing to get surprised with the question does Walmart accept Apple Pay. If you are looking for answers to the exact question, we have got you covered. There is a lot to talk about this exciting topic, and let’s get started.

So, does Walmart accept Apple Pay?

Let’s see a direct answer to this question and discuss the rest later. As of now, Walmart doesn’t accept Apple Pay for the payments. However, don’t get disappointed; there are still options for you to use your iPhone to buy stuff on Walmart. One such easy method is using Walmart Pay.

What is Walmart Pay?

Yes, as we mentioned, you have the luxury of paying via your iPhone with Walmart Pay. First of all, it is pretty much straightforward and quick as well. In order to pay via Walmart Pay, you need to download the dedicated Walmart Pay app to your smartphone. From there onwards, all you have to do is create an account for free and connect your credit or debit card to make purchases.

At the checkout, you can scan the QR code. The payment will get initiated instantly, more or less similar to Apple Pay, and you are good to go. However, we must tell you that the options of the Walmart app are not as seamless as Apple Pay, but being an iPhone user, that is the easiest digital you can have to place in place of Apple Pay. Moreover, Walmart permits you the luxury of using Walmart gift cards as well.

What are the online stores that accept Apple Pay?

Perhaps, you are a die-hard apple consumer and only want to use Apple Pay. In that case, you can consider the below businesses in place of Walmart.

What are the benefits of using Apple Pay?

Well, now you know the answer to does Walmart take Apple Pay. However, why iPhone users are so interested in paying via Apple Pay? It’s a worthy topic to talk about.

One of the main benefits of using Apple Pay is that it is very much safe to do online transactions. You don’t get a PIN or anything such when you pay with Apple Pay, which says there is no chance for anyone to access your PIN number. In addition, it doesn’t have any chips or card readers, so that you are 100% safe even someone steals your iPhone when you are at the point of checking out.

Another great security feature of Apple Pay is that you have the opulence of using your Touch ID or even Face ID to do transactions. There are no hassling receipts as Apple does all that dirty work on your behalf and stores information about your payments safely, preventing unauthorized access.

Is security is the only benefit of Apple Pay?

No, there are more. Apple Pay comes with an Apple Card, which you can use as a credit card without any fee. Most importantly, you will enjoy a 2% cashback instantly when you make payments using Apple Card. So, it is very much obvious why Apple users often ask does Walmart accept Apple Pay.

As of now, Walmart seems to have no plans in permitting Apple Pay for the payments. Recently, a spokesperson of Walmart revealed that there is no reason for them to rethink allowing Apple Pay since the Walmart Pay app is accessible on iPhones. So, it’s kind of a stalemate situation between the two giants, and Apple users currently have no option but to wait.

Before we conclude the article, let us tell you why Walmart doesn’t accept Apple Pay. Maybe you are curious to know why a company like Walmart took this type of a significant move.

One of the apparent causes is that Walmart is already in connection with one of the Apple Pay competitors called Merchant Customer Exchange (MCX). This particular company provides QR payment solutions at Walmart. Further, due to this reason, there is no chance for Google Pay and Samsung Pay as well.

By closely inspecting the issue, we found that Walmart has no chance to capture the details of the customers when they use Apple Pay. This can limit the accessibility of marketing methods of Walmart, and obviously, they don’t want this to happen with their business. However, if you use Walmart Pay for the payments, they get the opportunity to send you notifications about their new stuff.

Can I use a third-party app to use Apple Pay?

If you are looking for a middle man between Apple and Walmart, we can provide you with a couple of names. However, the hassle that you are going to face by doing that is immense, and we can’t approve that decision, to be honest. But, if you still want, there are options such as Ibotta.

In this method, you will have to wire the Apple Pay to a third-party digital wallet and make the payments via that. But, as said, we really can’t see any benefits you are going to get by doing so rather than the unnecessary hassle.

How do I use Apple Pay at Walmart?

Look for signs that state “Apple Pay” or “con-tactless payments” in Walmart stores. Purchases with Apple Pay can be made within apps and on websites. If that site accepts payment methods, you can also use Apple Pay on sites that share a list.

So, if you have missed the article up until now and searching for answers to does Walmart accept Apple Pay, the answer would be you can’t use Apple Pay for Walmart purchases as of now. Also, it is hard to keep any hope that Walmart will allow it in the near future, considering the condition of the current situation. Still, as an Apple user, you can use your iPhone to do transactions on Walmart. For that, you will have to download the Walmart Pay app on your smartphone. If you have any grey spots on this topic, please let us know in the comment section. Until next time, it’s goodbye from us.